Aja appeared in an editorial for The New York Times Style Magazine in February 2016! 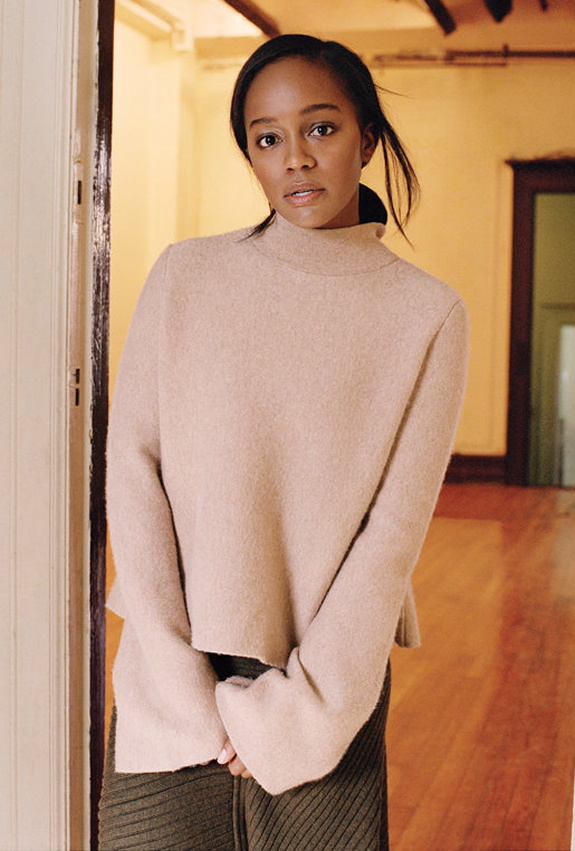 Aja Naomi King
The 31-year-old Los Angeles native didn’t think her film, “The Birth of a Nation,” would even make it into Sundance, let alone become the toast of the festival. “You could feel the energy buzzing through everyone in the room,” King says of the film’s now almost-mythic premiere, which was followed — and preceded — by lengthy standing ovations. By purchasing the film for a Sundance record $17.5 million and giving it an October release date, Fox Searchlight has positioned “The Birth of a Nation” as an early favorite for a number of awards — including a possible best supporting actress nod for King, who plays the young wife of the slave rebellion leader Nat Turner, played by the film’s director, Nate Parker. It’s a stark departure from her role on the Shonda Rhimes-produced ABC series “How to Get Away with Murder,” on which she plays the ambitious law student Michaela Pratt. “Sadly, we don’t see my character in class very much,” jokes King, who earned her M.F.A. in drama from Yale. “I really hope she graduates before it ends.”

Aja took these beautiful photos for an interview with Refinery29 posted online in January 2015. This is my absolute favorite photoshoot of hers!

Here’s a part of the interview:

Did you always want to act?
“My father had insisted that it was important to find a career where you’ll always be necessary, so for a long time I was telling people that I wanted to be a doctor. My junior year of high school, I was like president of choir and in the school plays, and I had just a complete meltdown because I knew I couldn’t do other things. I was already doing the things that I loved. And, then the terror set in because as we all know, careers in the arts aren’t always the most stable. I decided if you really want to do something, you have to do it with your whole heart or you can’t do it at all. I had no real backup plan. I just kind of went full force.” 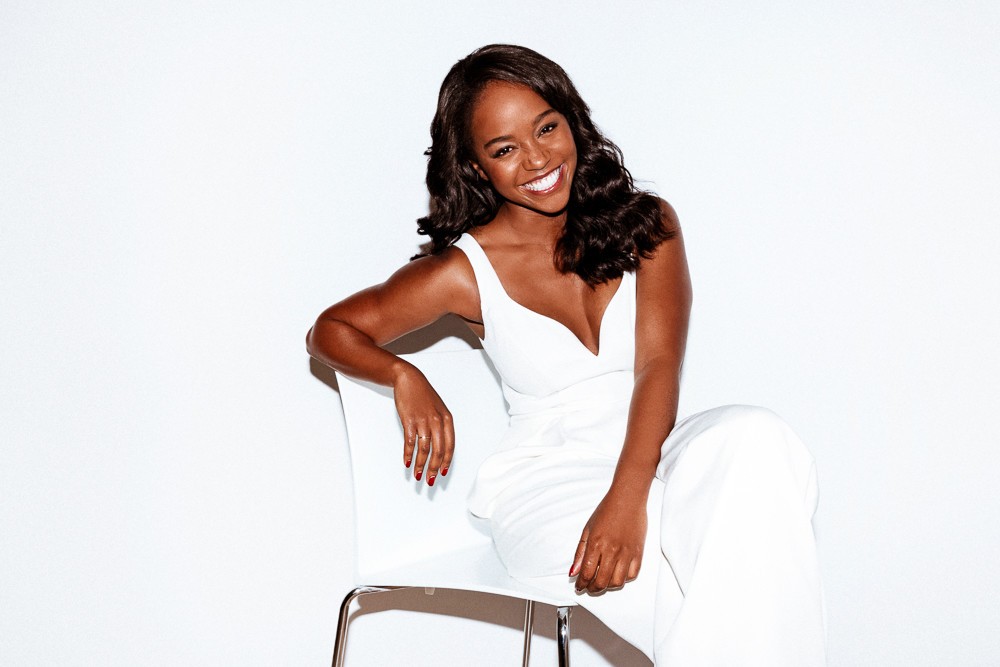 Aja took some beautiful photos and did an interview for an article on Into The Gloss in February 2016! In the article, Aja discusses her makeup and hair routines, along with some products that she uses.

To relax, I love sitting back and turning my brain off and watching TV. Peaky Blinders, is so good—if you’re not watching, what are you doing with your life?! I’ve been trying to eat healthier, but sometimes it doesn’t work out when you’re sitting in front of the TV drinking wine and you realize you really need ice cream to go along with it. [Laughs] I love Haagen Daaz Caramel Cone, or the Ben and Jerry’s Strawberry Cheesecake. Pairs well with anything.”

I’ve got photos of Aja at 46th NAACP Image Awards – Nomination Announcement and Press Conference in 2014 with her How To Get Away With Murder co-star Alfred Enoch. 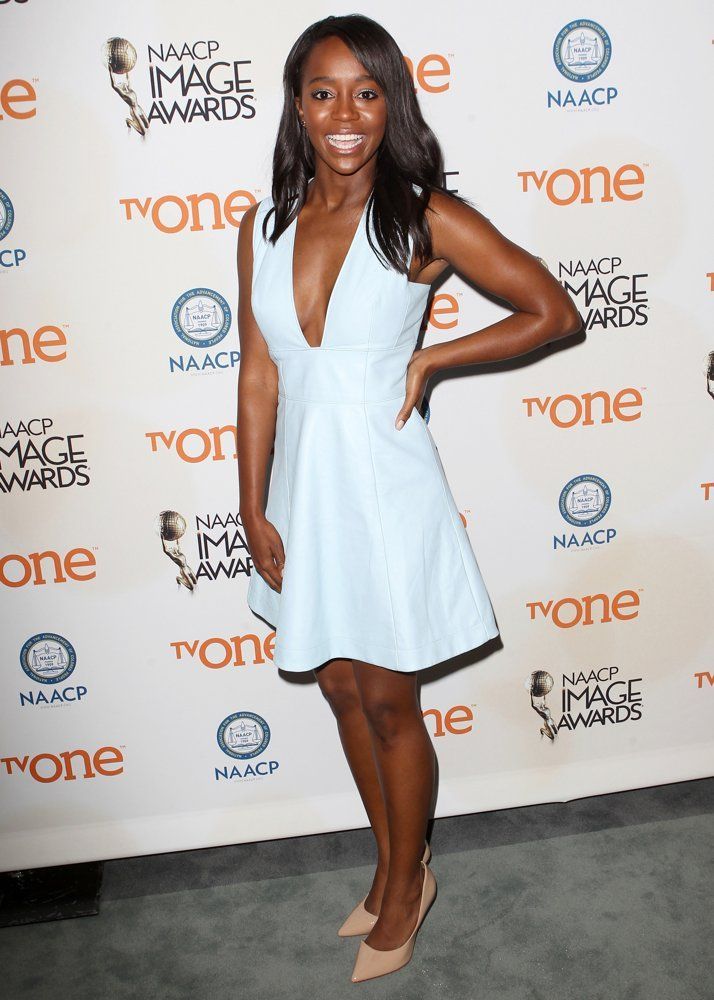 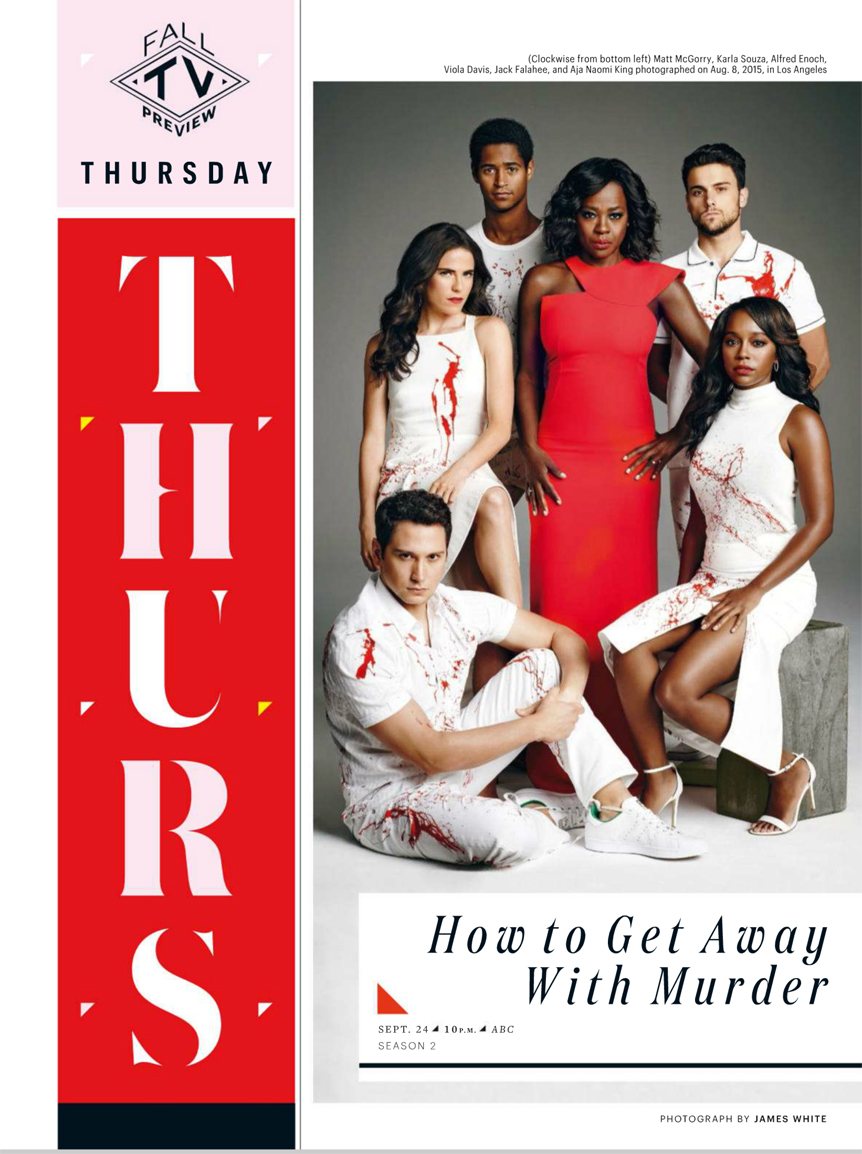 Aja appeared in the February 2015 issue of Elle along with Galavant star Karen David, for their featured The 7 Most Exciting Newcomers on TV This Season. 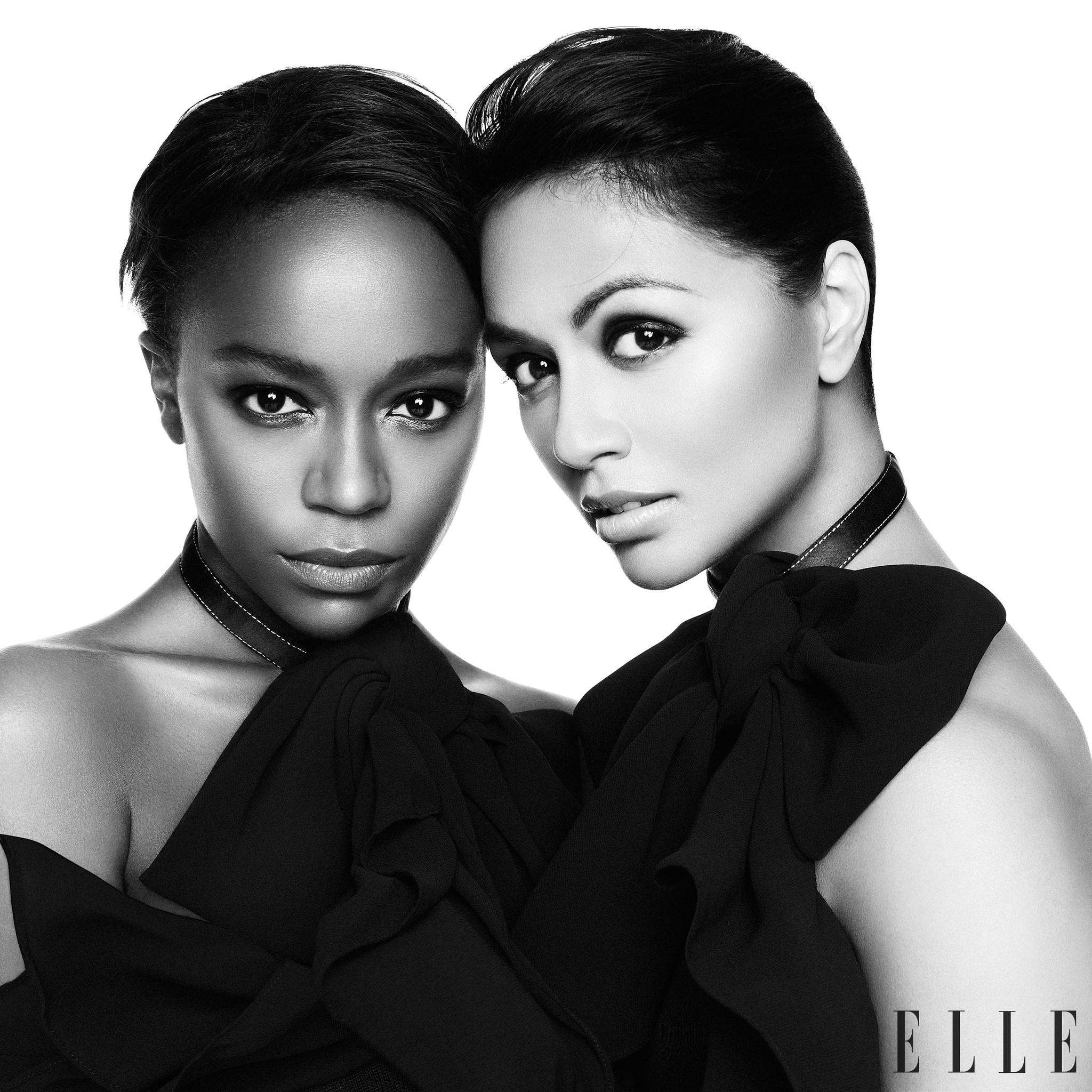 Aja Naomi King, 30, (left) is buttoned-up and all business on ABC’s hit How to Get Away With Murder as overachieving, no-nonsense law student Michaela Pratt. Yet, underneath that striver exterior is enough survival-of-the-fittest moxie to get her through the on-campus murder cover-up in which she and three peers have found themselves. Karen David, 35,sings, dances, swings a sword, and delivers one heck of a punch line as Isabella, princess of the exotic kingdom of Valencia, who’s been sent to rally a new hero for her struggling people in the current ABC musical comedy Galavant.